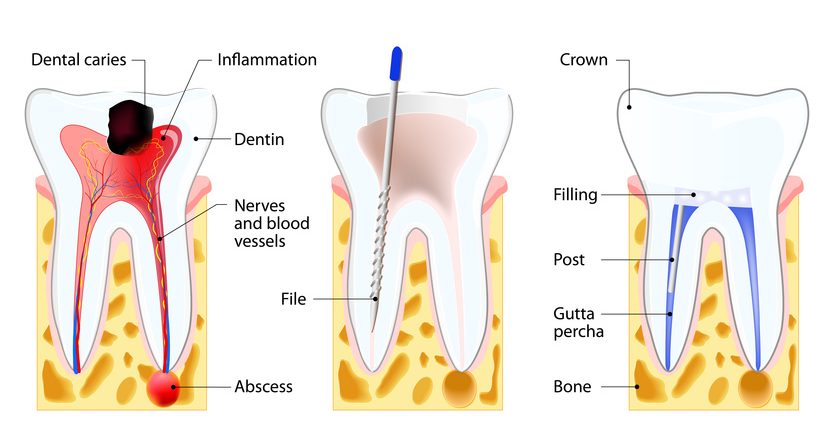 Root canal treatment (endodontics) is a dental procedure used to treat infection at the centre of a tooth (the root canal system).
The infection is caused by bacteria that live in the mouth and invade the tooth. This can happen after:

A root canal treatment requires one or two visits to complete depending on the extent of the infection.

To treat the infection in the root canal, the bacteria need to be removed.
This can be done by either:

However, removing the tooth isn’t usually recommended as it’s better to keep as many of your natural teeth as possible.
After the bacteria have been removed, the root canal will be filled and the tooth sealed with a filling or crown.
In most cases the inflamed tissue near the tooth will heal naturally.

Established as a dental practice for over 50 years.
We offer a full range of modern dental treatments including general dentistry, cosmetic dentistry, tooth whitening and dental implants.